Trace: • Getting started with Shaders in Orx
en:tutorials:shaders:getting_started_with_shaders

Getting started with Shaders in Orx

This guide is designed to help you to get some simple shaders quickly working in Orx in order to build confidence using them. I will touch on a few key concepts but I recommend afterwards using a guide like The Book Of Shaders to understand fragment shaders in more detail.

Let's start as usual by creating a default project using the init tool.

I'm going to make a few little changes to the default project config, making the game area an 800×600 window to that I can easily see the Orx console output for problems:

Let's start with a really simple shader. Add the following to your config:

And set the default object to use that shader:

I'll explain the above sections. We start with a parameter list in the shader section. We can pass parameters to our shader. In this case, we are only supplying the texture parameter. But notice that I didn't specify an actual argument for texture? So which texture is the shader using?

In this case, Orx determines it automatically. Object uses the GradientShader so the texture used will be the one found in the Object's Graphic section. That texture is logo.png. To read more about this, see orxSHADER structure in the Wiki Config.

The Code is the actual shader code itself which looks a little like C. In the first line we determine the y-coordinate of the current texture using gl_TexCoord[0].y. This will be a float between 0.0 and 1.0. We then plug this value into the green value of gl_FragColor. Red, blue and alpha are full 1.0, the result which changes colours from red to yellow as the texture renders.

Run this and you will find the logo is replaced by a gradient texture from red to yellow. 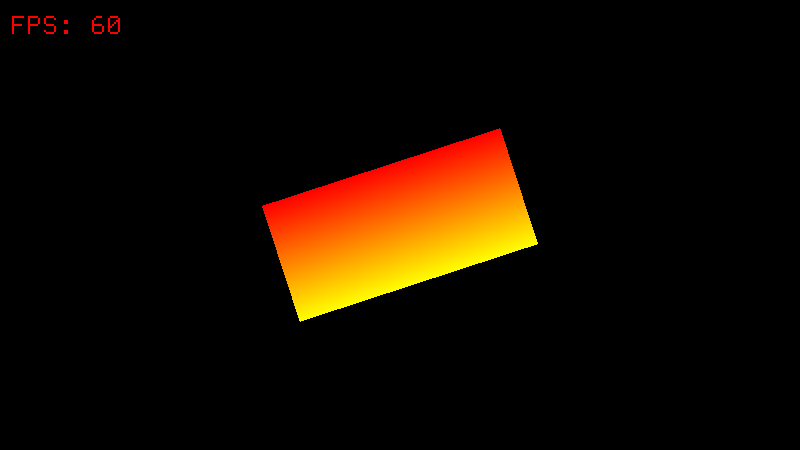 Nice and simple, using only two lines of shader code.

Let's now have a play with the alpha values. The red to yellow fade is based on the value of the y-coordinate. So let's make the texture progressively more transparent based on the x-coordinate.

Instead of a float to get just the y-coordinate, we'll use a vec2 variable called pos to hold both the current x and y-coordinate values. The x-coordinate is then used as the alpha argument for gl_FragColor. The texture alpha starts fully opaque (solid) and becomes progressively transparent to the right with 1.0-pos.x.

To make the effect easier to see, add a nice blue background for the viewport:

Run this and you will see the right hand side of the texture fading out, and the blue background starting to show through. 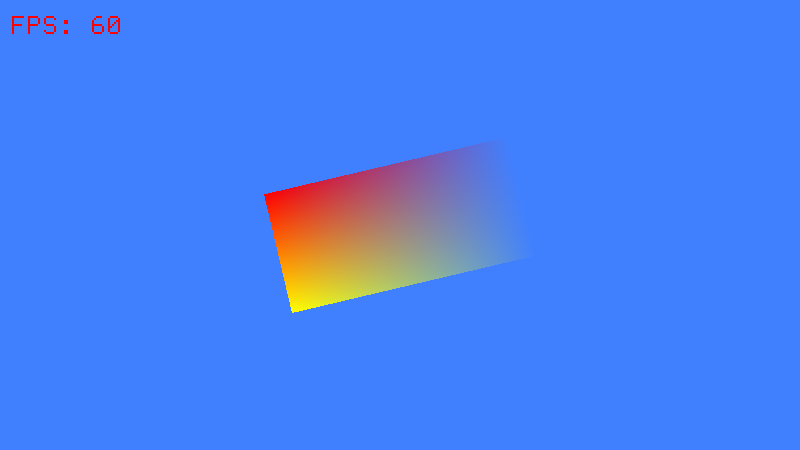 So far, we have made the shader repaint every pixel and nothing of the original underlying texture has been preserved. What if we could blend or mix our colours with the original logo.png texture?

It would be nice to use the white area of the logo to paint our colours.

We can do it with a small change:

This time, we're using the texture2D function to return the texture pixel under our current coordinates. This function returns a vec4 type with four values: rgba. We'll just use the a (alpha) value from the texture pixel and plug that into the gl_FragColor. This is effectively using colours from one source and alpha from another source together. 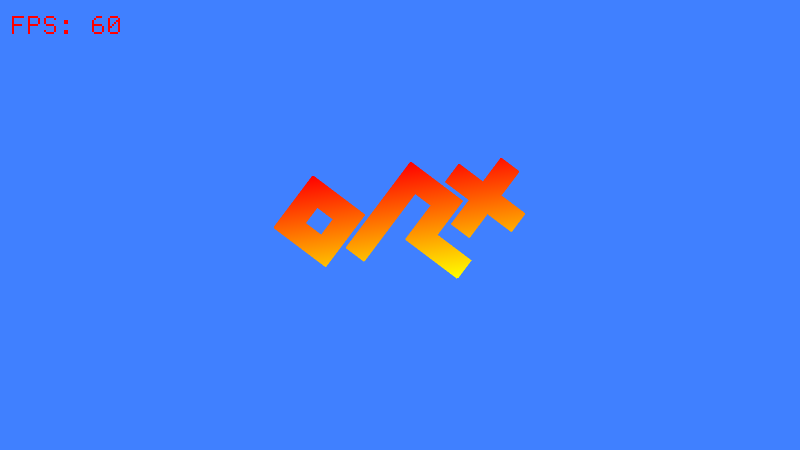 And a simple alpha inversion can be done with 1.0-textureFrag.a: 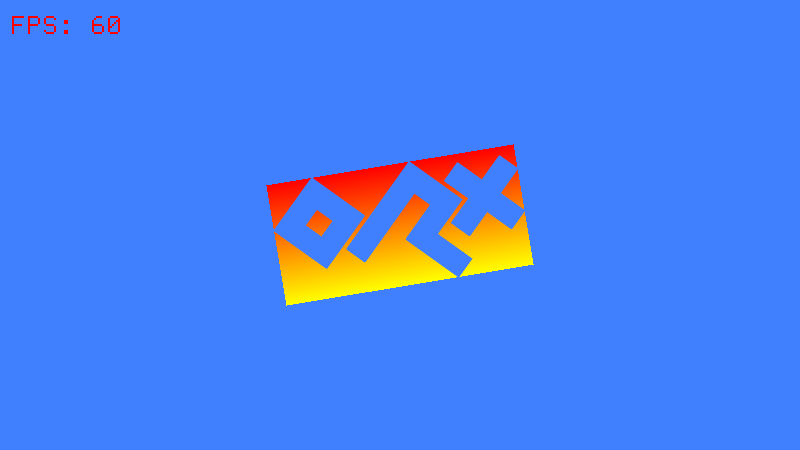 That will do for the moment. Hopefully that gets you pretty keen for shaders and what simple colour effects are possible.

In the next article, I'll cover the use of gl_FragCoord. You will see this in many GLSL examples out on the web. So far, we have covered the use of gl_TexCoord, and I'll show you why these two are used in very different ways.