It is possible to set an Orx Command on an object to perform that command when the event triggers.

Let's try this out on a standard project. First, make your project.

Rather than load straight into the default scene from the project, we will display a small title object, such as “company credits”, for example: “A Brady Production”. When the company credits object dies, it will trigger the command to create the scene of our game.

Compile and run the project to first check that the spinning logo is working. We can pretend that the logo is our game itself or a welcome scene for a game.

Instead of displaying the spinning logo scene straight away, let's have a company credit object load first. In the config, let's create this company credit.

In the above, we have a CompanyCredit object that is using some text as it's graphic. It's been scaled up to make it bigger, and an FX is attached that will fade out after 2 seconds.

To make this credit object appear, change the scene creation line from the Init() function:

Compile and run. The credit will appear and then fade out. 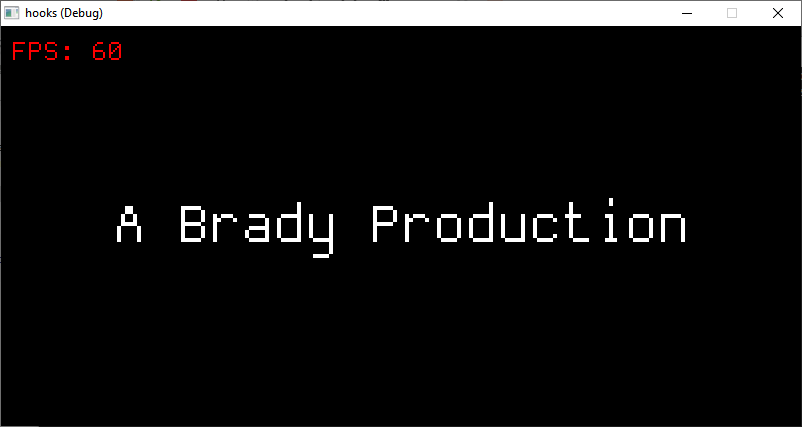 We want to create the Scene object after the CompanyCredit object is deleted.

Let's do this in two steps. First, to delete the CompanyCredit object (using the LifeTime property) after the FX has finished:

If you run that, you probably won't see much difference. But you'll have to trust me that the object will delete once the fx is finished. If you don't want to trust me, you can change the EndValue of the CompanyCreditFadeOutFX to be some non-zero value and note the object disappears once the fade is complete.

The next step is to make use of the OnDelete property for the object in order to create the Scene object:

That it. Probably the easiest usage example, but also a very handy one for swapping between intro screens, slide shows, titles, all sort of similar things.

There is an Object.SetOnDelete command, which can be run from within OnDelete itself (for cascading effect).