Raycasting is part of the underlying physics system that Orx uses.

Raycasting is simply the act of sending a ray from one point to another point, and returning any object that the ray passes through.

What can Raycasting be used for?

Raycasting can be very useful for many gaming scenarios. Here are some examples:

In order to successfully use raycasting, there is a minimum number of things that you need:

Testing with the Bounce Demo

Before trying raycasting in our code, let's first play around with it in the Bounce Demo. The Bounce Demo is available with all compiled orx libraries.

Enable the physics debugging in the Bounce Demo by using the command, or by adding to the /orx/code/bin/Bounce.ini file:

Then run the debug version of Orx at:

If you want to turn on the debug using the orx command, press the backtick key (`) and type: Set Physics ShowDebug true

While the demo is running, hold the Space key down. 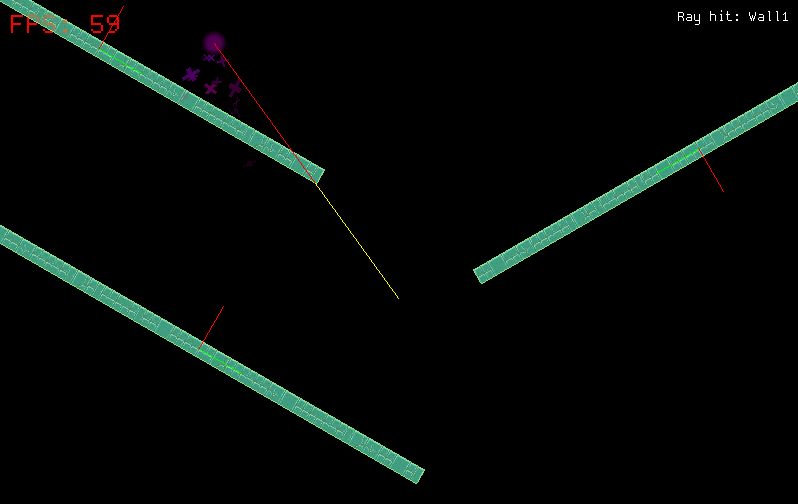 A line will be drawn to represent the ray. Point one will be the centre of the screen and point two will be mouse position. So you can move the ray around.

It is easiest to move the ray over one of the walls to understand what the ray does.

If you move the ray to intersect with a wall, the line will change from a green line, to a yellow and red one.

The point between the yellow and red indicates the point where the wall object has been located.

What data does raycasting give you?

There are several pieces of data that you get from a raycast. These are:

Let's try it out in our own project.

Next, rather than use the orx logo all the time, grab the blue rock and copy it to the data/texture folder.

Change the default [Object] section to use the ore.png texture (and make it smaller):

Give that a quick run and you should get a rotating rock: 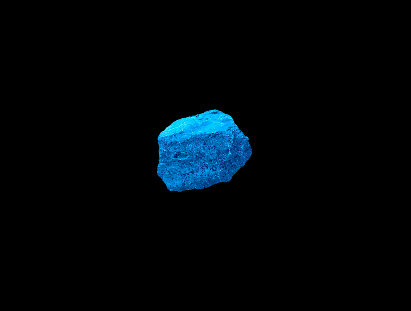 Change the application to be a standard window so that you can easily get to the console window behind. We'll need be able to see our logging later:

Add a body to the object so that physics will be enabled on it. Raycasts can only locate objects with bodies:

Now to do the raycast on every frame. Add to the Update() function:

That's a bit of code, so I'll talk it through. There are two world coordinates defined: one in the centre of the world, and one at 200, 200. So a diagonal line.

There is an object pointer declared and set to orxNULL.

Next, the actual first go using the orxObject_Raycast function. The two points are used in parameters one and two.

Parameters three and four are the self flags, and check flags. Notice we set these to ore and everythingelse on an object in the data config. But using 0xFFFF here means don't filter by any of them. But a reminder, even though we are using 0xFFFF, setting SelfFlags and CheckMask must be set on any object you might want a raycast to find.

Parameter five is _bEarlyExit and true on this option means to stop seeking for objects as soon as one is found. However, any object found may not be closest one to point A of the raycast. By saying false, the raycast will find the closest object. This might work the physics a tad harder though.

The last two parameters are output parameters. _pvContact is the location as a vector where the contact between the ray and the located object occurred. _pvNormal is the normal or the direction vector at that point of contact.

Finally, the function will return the object that is found. Or orxNULL if nothing is found.

In the case of the code above, we'll log out a message if an object is found.

But also, when running this code, you'll see the physics debug overlay, the ray is drawn for you so that you can see what is going on. 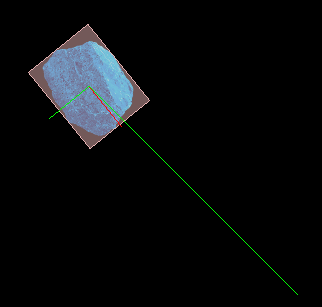 Now what is going on here?

This is because of one of the rules listed above is that a cast can't start inside an object. If so, it won't find that object. Therefore, let's move the starting position of the object outside of the starting postion of the raycast:

Run this and notice a difference in the raycast. The line colour is yellow until it meets the object, and from the point on, the rest of the line is coloured red. 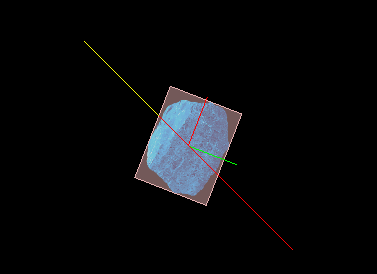 Raycasting is super handy. I hope you can use it to do some pretty cool things.